Deko, a popular Hungarian TV channel dedicated to decorating and home improvement wanted to create a Spring Ad Campaign, to build on the success of the channel’s fresh new look. The client wanted a set of compelling visuals that communicated spring is the time for refreshing and improving your immediate surroundings. The proposal was to feature recognisable but dreary scenarios, each transformed by adding a touch of Deko inspiration, as if spring had arrived. Deko’s new, bright yellow brand colour was used as the constant, each scene contrasting the old and the new, the dreary and refreshed, depicting a huge improvement. The main image depicts the Széchenyi Chain Bridge, a national landmark spanning the River Danube between Buda and Pest, covered in yellow daffodils. At Easter, the period that coincided with the campaign, it’s a Hungarian tradition to give yellow daffodils as a gift. 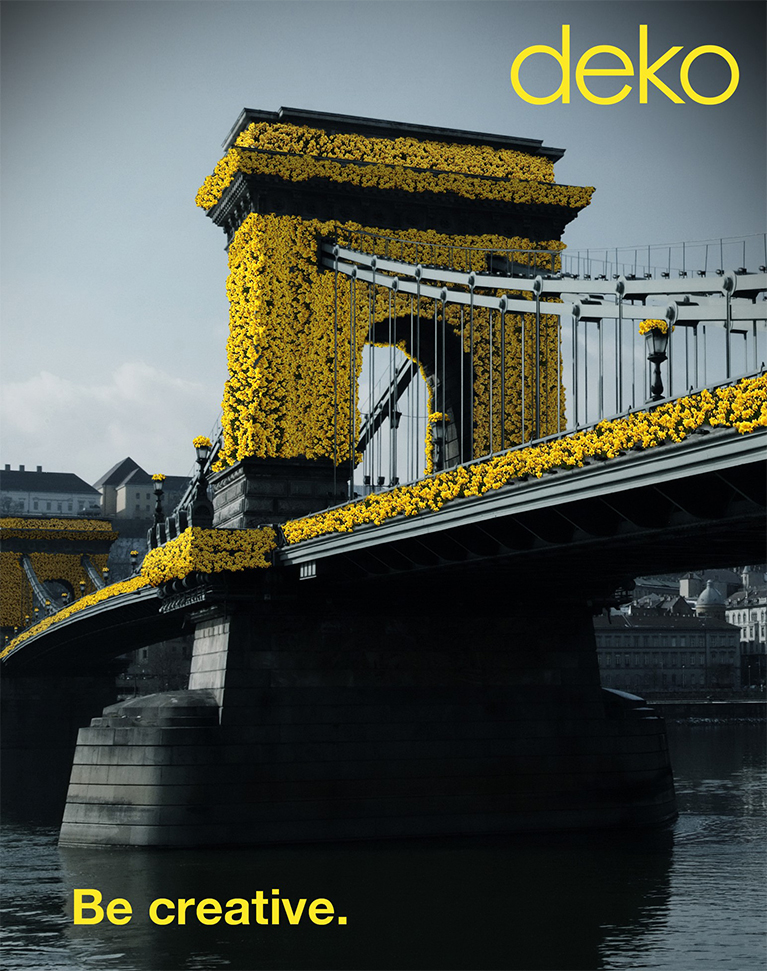 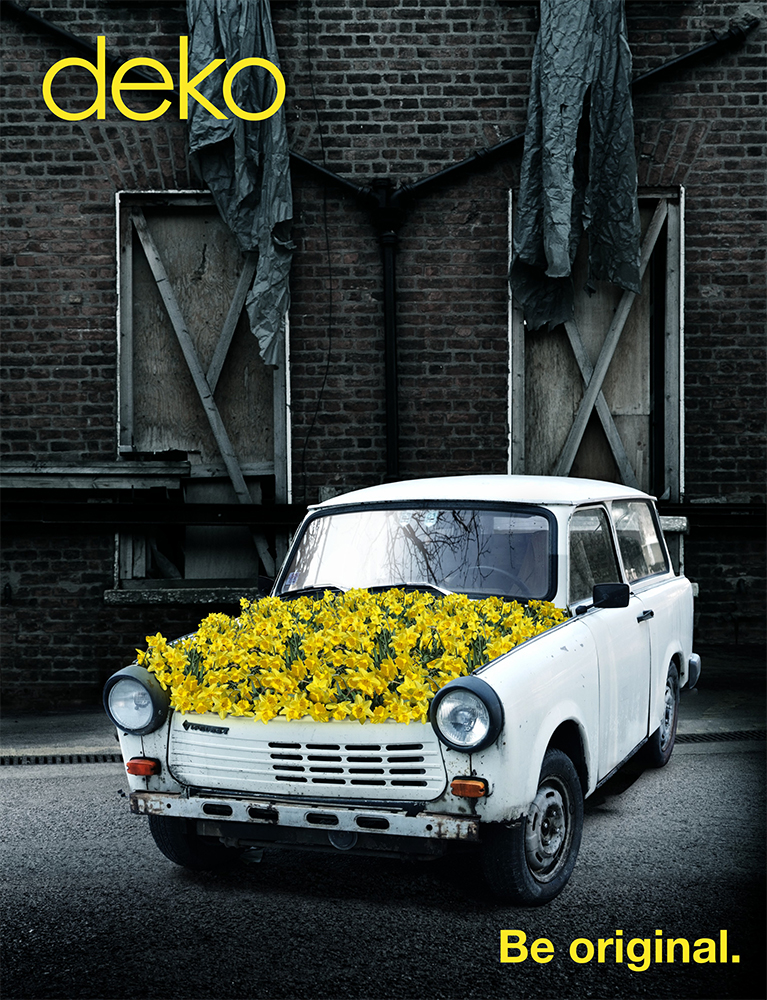 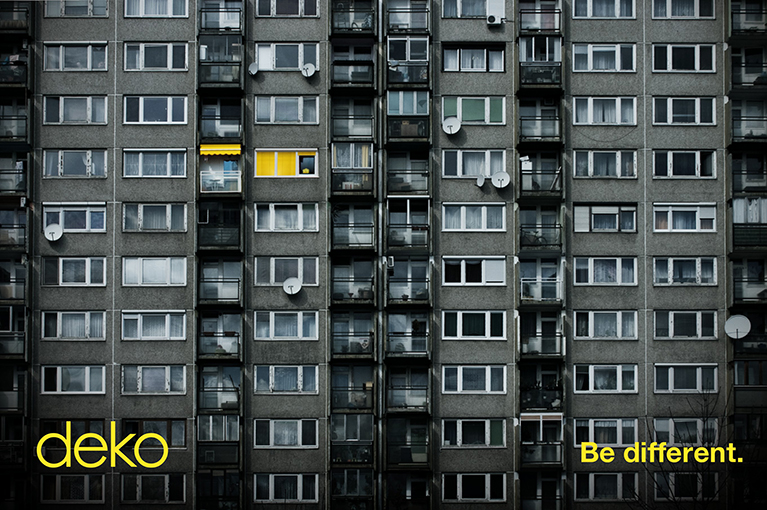